Sunday drive -----on the Autopistas in Mexico "The Mexican limited access highway network is the largest in the Americas outside the USA. The construction is generally financed by toll (quota) revenue (thus user fees) rather than fuel taxes, thus the toll (quota) rates are usually rather high, about MXN $$1–$2 per kilometer ($1.6–$3.2/mi), roughly 15–30 US cents per mile (9.3–18.6 ¢/km) for private cars and motorcycles. Toll plazas along the mainline charge tolls (quotos) anywhere from MXN $20 to $300, or USD $1 to $15." from https://en.wikipedia.org/wiki/List_of_Mexican_autopistas

Then Monday awakening to the surf and a venture with Don Goyo to the Altavista petroglyphs and grotto for a cool water experience! 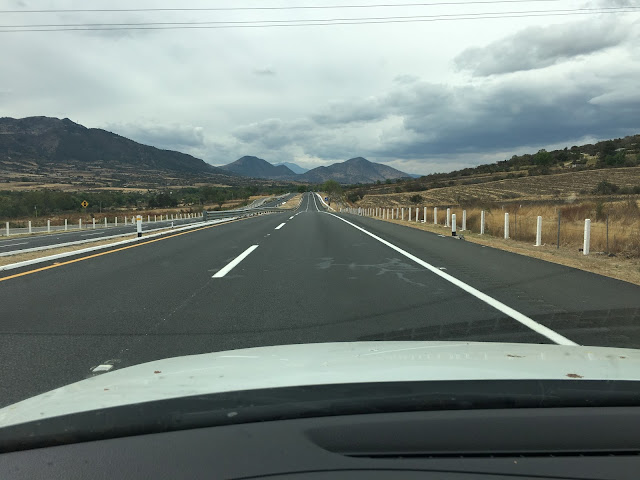 Had a nurturing breakfast at the Oasis