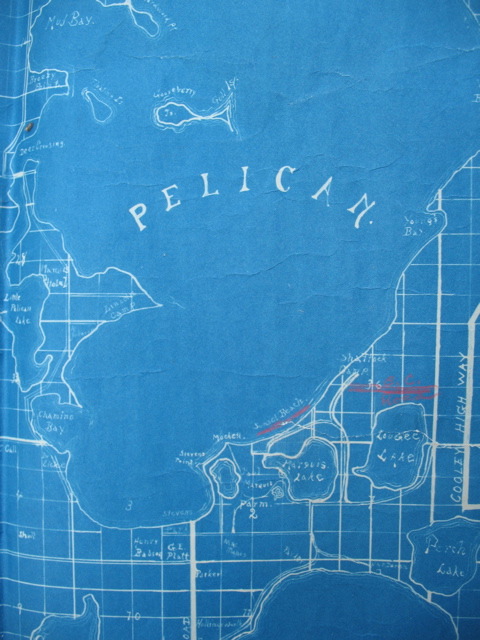 Here is the map of Southeast Pelican Lake, Crow Wing County, that John Foster, Fred Haeberle and FE Jenkins of Faribault worked from ca 1915- 1920.  Haeberle built the first cabin on this side of the lake in 1912, with Jenkins to follow soon there after.  Foster and Haeberle were in business as land developers in Faribault in the 1910's.  The JA Foster &Company being located in downtown Faribault. 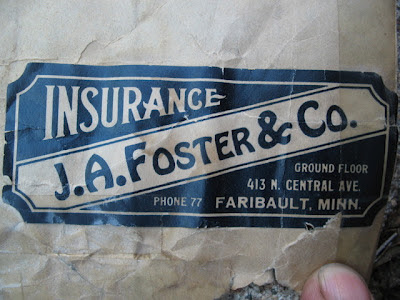 Here is the label of the JA Foster Insurance and Real Estate Company found on the back of the blue map above that the Weaver brothers found in the Haeberle, Alden C Palmer Cabin in 1967 when they purchased the Palmer land in that year. 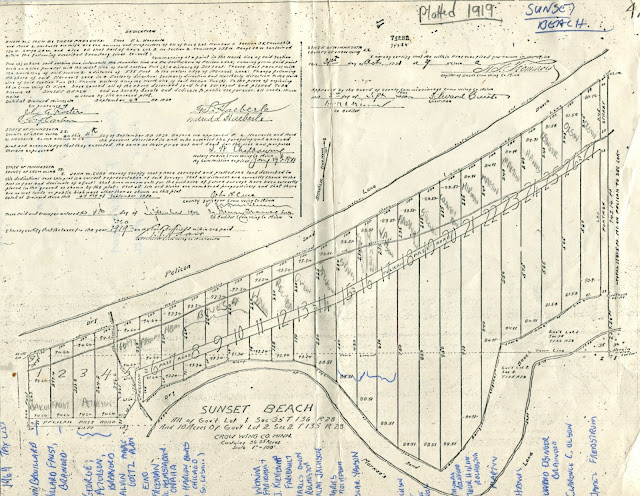 Here is a platt as described of Sunset Beach signed by John Foster, Fred and Maude Haeberle, of Faribault MN. Both dates, 1919 and 1920 occur on this document. The author's parents, PH and Margaret Weaver were owners of lot 11, from 1946 through 2003. The Fosters, John and Bern, built on lot 14, where the Weaver's visited in the early 1940's before purchasing and building in 1947.  Notes we made in the late 1960's by this author to determine who still owned the land and paid taxes. 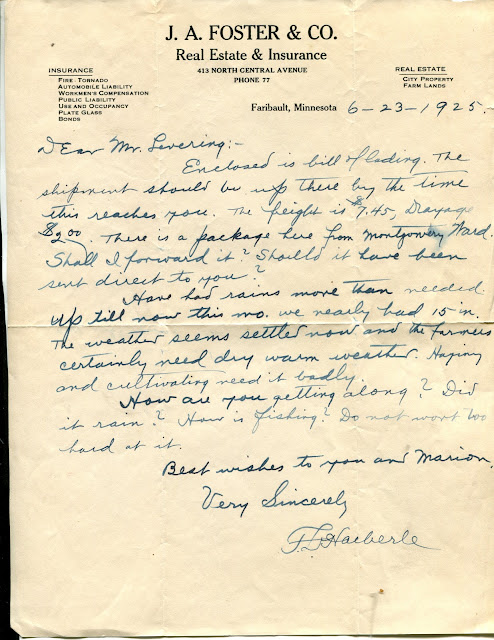 A Rev Levering from Faribault built a cabin on the FE Jenkins land, which was later torn down and part of it incorporated into the David and Winifred Leonard Cabin. Winnie Leonard was FE Jenkins Granddaughter, born in Faribault and moved to Northfield when her father Rev Victor Pinkham, educated at Seabury Seminary moved from Faribault to Northfield to teach at Carleton College.
Posted by Thomas Glessner Weaver at 6:58 AM 1 comment: